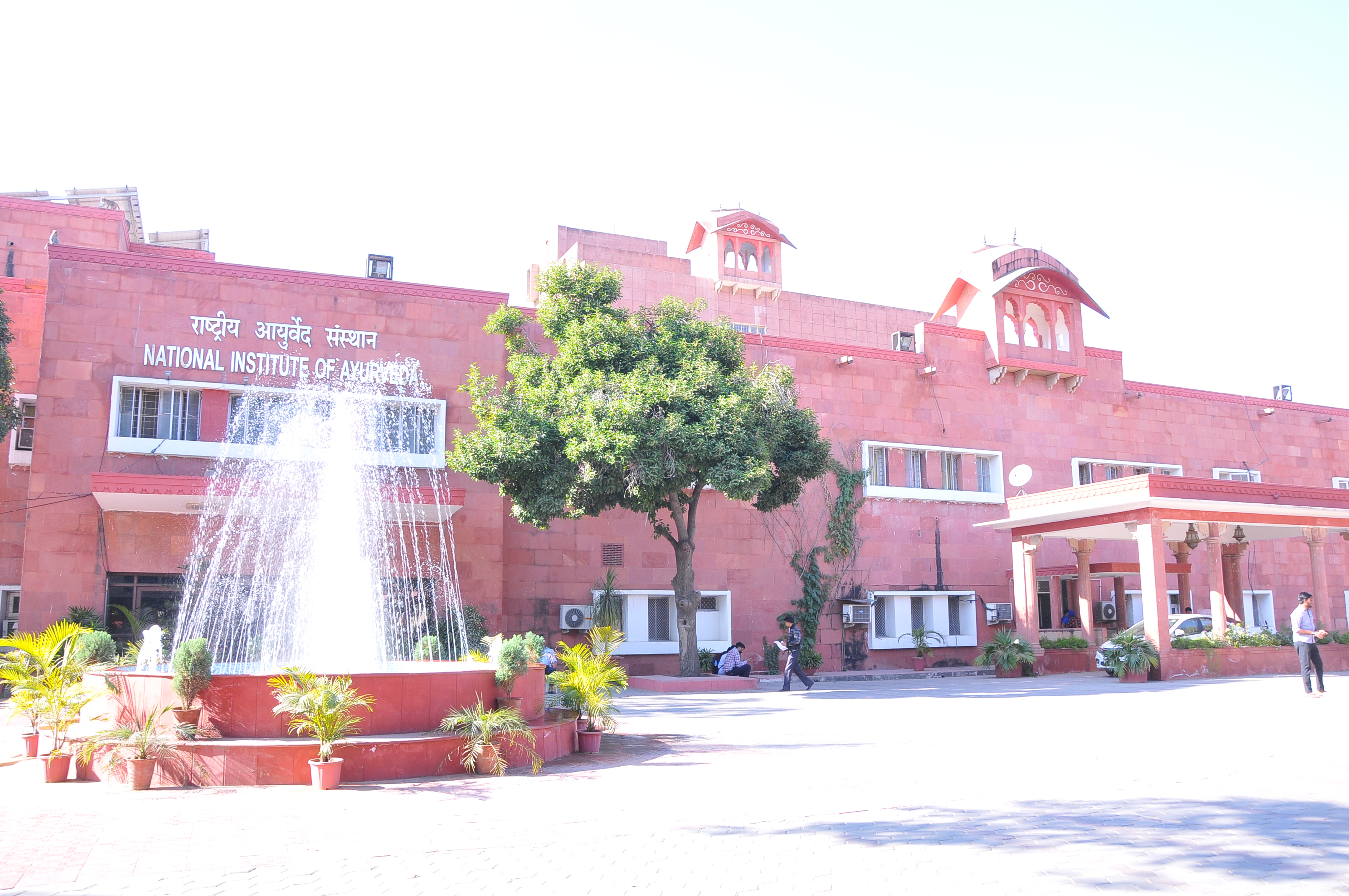 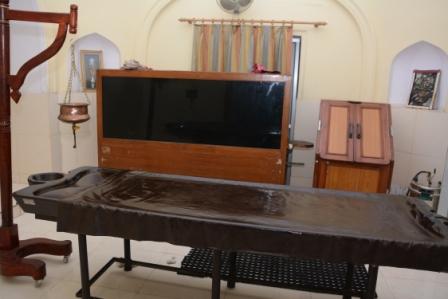 National Institute of Ayurveda, Deemed to be University (De novo) is an apex autonomous Institute under the aegis of Ministry of AYUSH, Government of India. NIA was conferred the Deemed to be University status under De novo category and was dedicated to the Nation by the Honourable Prime Minister of India, Shri Narendra Modi on 13th Novemeber 2020 (…Ayurveda Day). NIA is the first Central Government funded Institute to be declared as Deemed to be University in the field of Ayush. This feather in cap achievement came as a recognition of NIA having 175 years of legacy and for promoting the growth and development of Ayurveda as a model Institute with highes standards of Teaching, Training, Research, and Patient Care with a scientific outlook to the knowledge of Ayurvedic System of Healthcare.

NIA – A Proud Legacy in Ayurveda Education NIA, Jaipur has a proud legacy of more than 175 years. The seed of Ayurveda education under the ambit of NIA had started in Jaipur in the form of a Pathshala (school) of indological studies.
This small school was started five eminent academicians in the premises of Baiji Ke Mandir in 1845. Vd. Jeevan Ram Bhat of the famous Bhat tradition of Jaipur was one among the five founders. Due to increasing pupil enrolment and consequent space constraints this school was shifted to another building in the premises of Ramji Ke Mandir in 1852.
The then King of Jaipur appreciated the popularity and utility of this school of indology and took over the patronage of this school 1865 and it was renamed as Maharaja Sanskrit College in which Ayurveda started operating as an independent department.
The same trend of education of all indology disciplines in one college continued till 1946 when it was decided that Ayurveda education be given a separate institution. Thus, the Ayurveda education in Jaipur shifted to Madhav Vilas Palace in the name of Rajakiya Ayurveda Mahavidyalaya (Govt. Ayurveda College, Jaipur) in 1946.
This college was initially under the patronage of the King of Jaipur before independence and under the Government of Rajasthan post independence. In 1976, when Govt. of India was exploring to establish its first Institute for higher and best quality Ayurvedic education, training and research, this college was selected to be upgraded to the same as recognition of its pioneering and leadership status. During the journey of 175 years NIA has evolved with increasing strength to meet the challenges and needs of the then time while preserving the traditional richness of Jaipur thought of Ayurveda practice.


Government of India selected Govt. Ayurveda College, Jaipur to upgrade and develop it to its National Institute in 1976 with a vision to make it the Apex and World Class Learning Centre in Ayurveda. This promotion in stature was naturally done on basis the then required merits. NIA takes immense pride in proving its mettle as a high class Institute in those 43 years. As a deserving recognition to the successful evolution through all the challenges of Ayurvedic education and research and its long standing commitment to its core values of “Authentic Traditional Ayurveda with Current Scientific Fillip”, NIA was declared as Deemed to be University in the year 2020 by Honourable Prime Minister of India, Shri Narendra Modi.

After its establishment in 1976, the Institute has grown tremendously in the field of Teaching, Training, Research, Patient Care etc., as a result of which it has now 14 Specialties for Post-Graduate Education as well as Regular Fellowship Program leading to Ph.D. Apart from this there is also Under Graduate course (BAMS), Diploma Course in AYUSH Nursing & Pharmacy and various other certificate courses.

NIA has a 280 bedded NABH accredited hospital which caters to around 3 lakhs Around 1200- 1500 patients visit NIA OPDs per day. The hospital is equipped with a modern well equipped Pathology Laboratory running in PPP mode. The institute is equipped with modern research instruments for drug standardization and research.

Since its existence, it has continuously been engaged in promoting reforms and developments in Ayurveda System of Health care at National and International level. The Institute is not only a premier Institute under the Central Government but also amongst apex Institutions in the field of Ayurvedic education and training in the country and comparable to none as far as Ayurveda is concerned.

NIA has made a name of excellence in teaching, training and patient care activities and incomparable academic standards in the field of Ayurveda at Graduation, Post-Graduation, Fellowship (Ph.D.) Diploma and Certificate levels.